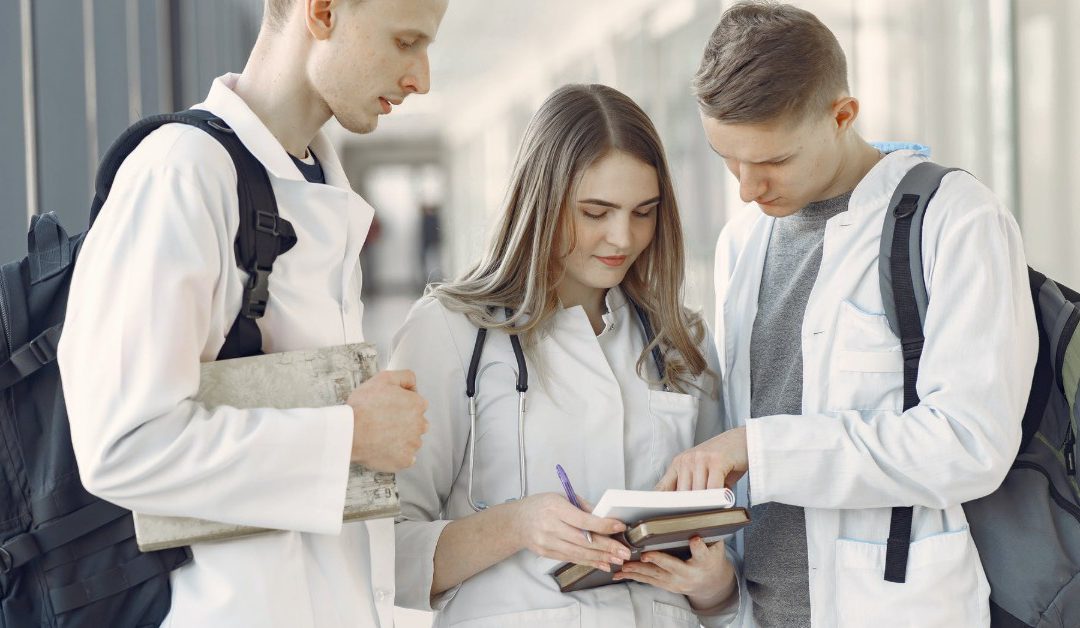 Creating Gender-Inclusive Schools Where Students Can Be Themselves

High school is more than a place of learning — it is where our youth discover and develop their social identity. Unfortunately, not all high school students feel like they belong in their schools because of their perceived or actual differences.

Some of the most affected students are those who identify as gender-diverse. They suffer discrimination at the hands of their peers and other members of the school community because they do not fit the conventional milieu. Such an environment is detrimental to both their well-being and academic success.

To create a more gender-inclusive school, we first have to understand the concept of gender. Teachers and school staff have a professional and legal duty to create a caring, respectful, and welcoming environment conducive to learning for all students regardless of their gender identity or sexual orientation. To make the school more inviting for the gender-diverse students, we first have to understand the notion of gender better.

Gender refers to different traits people display that classify them as masculine or feminine — or somewhere in between.

Often confused with sex, gender has been gaining in popularity and becoming more relevant in schools, as well as in other areas of life. The interchangeable use of the two terms has led to a great deal of confusion in how people perceive gender.

Traditionally, gender is understood as a binary that neatly categorizes people into male or female based on the social roles and physical traits associated with each sex. In a world that categorizes people in this way, there are explicit or implicit assumptions about how each person should dress, socialize, or entertain oneself, what course of study they should take, and what professional roles they should fill.

What if we looked at the notion of gender from a different perspective? What if it is not a fixed binary, but a broad spectrum of identities determined by more than just one’s physical attributes?

Viewing gender as a spectrum allows for a better understanding of the concept and a more inclusive approach to students who do not conform to the traditional gender categories.

Gender identity pertains to one’s innermost sense of self, which includes male, female, both, neither, or many more options. It is what a person identifies as.

Gender expression is the manifestation of one’s gender identity. It is what we communicate to the world through our behavior, appearance, and other forms of representation.

Some of the genders that fall under the gender spectrum are in the table below.

If we acknowledge and respect the gender diversity of our students, they will feel accepted by the school community, more confident to make friends with their peers, and motivated to participate in class and school activities.

Only if we understand the intricacies of the gender spectrum and notions closely associated with it can we provide the healthiest and safest possible environment for students to learn and develop in.

What Are Gender-Inclusive Schools?

Gender-inclusive — or gender-expansive — schools demonstrate the awareness, understanding, and acceptance of gender diversity in both word and action. They aim to create a safe school environment for all students by eradicating gender-based stereotyping. They also encourage students to express their identities and pursue their interests regardless of their gender.

To create a healthy and supportive climate, gender-inclusive schools implement the following strategies:

As opposed to gender-inclusive schools, traditional schools deal with the notion of gender only to the extent that the binary division allows. They do not recognize the subtle manners in which gender-based discrimination and gender-role stereotypes creep into the climate and culture of the school.

Some of the differences in the policy, concept, and practice between gender-inclusive schools and traditional ones are presented in the table below.

The path to success is usually not easy. On their way to implementing gender inclusion, schools may face a variety of challenges that require a lot of reflection about what causes them and how to solve them. Some of those challenges are listed below:

Students who identify as transgender, gender-expansive, or gender-nonconforming are among those who suffer discrimination and harassment the most often. It is not uncommon for them to be at the receiving end of discriminatory slurs from peers or to feel unaccepted and unsupported by teachers and other school personnel. A study by Gay, Lesbian and Straight Education Network (GLSEN) shows that gender-diverse students were physically harassed (53%), assaulted (26%), and verbally harassed (87%) for their gender expression.

As a result of victimization, they are at risk of suffering mental health issues and lagging behind their peers in academic achievements.

Given that students spend the better part of the day in schools where they not only learn but also develop their social identities, a hostile school climate can lead to negative mental health outcomes for gender-expansive students. The consequences can be:

Another product of the hostile school environment is lower learning outcomes among the gender-diverse students. Due to a diminished sense of self and one’s capacity, the victims of hostile treatment lose ambitions and aspirations and tend to skip classes and perform poorer in tests.

Sometimes, objection and opposition to transgender and gender-expansive students come from the community. Such resistance usually stems from fear, lack of information, or disappointment over failed social expectations. Such a climate is far from being conducive to the healthy development of the affected students.

The good thing is — the initial objection and resistance are not a fixed position. The school can be of great help in fostering acceptance and understanding toward gender-diverse students among the entire community. It has to provide support and educate everyone about the importance of expressing one’s gender, acknowledging one’s gender identity, and practicing empathy.

How to Create Gender-Inclusive Schools

Schools that welcome all students and ensure emotional and physical support, as well as academic achievement, are what all educators aim for. Reducing gender-role stereotyping and allowing students to be themselves is the foundation of gender-inclusive schools.

To build that foundation, we have to ensure:

Each approach offers a particular set of steps to follow to transform the school culture into one that welcomes gender-diversity.

The standardization of gender inclusion revolves around introducing school-based and district-wide policies and administrative regulations.

It is essential that there are concrete rules and practices that specifically pertain to gender inclusion. They have to ensure the safety of the students who are often victims of gender-based harassment and prohibit gender-based discrimination.

School policies and regulations need to address the issues that most schools don’t have rules on how to tackle. The school staff needs proper, standardized guidance on how to protect the integrity of gender-expansive and transgender students and how to respond to gender discrimination in order to create a climate that embraces diversity.

Schools have to provide support to gender expansion in the form of:

Professional Development of the School Staff

Given that school staff needs to be properly informed about the complexity of gender and the concepts related to it, it has to undergo proper preparation to tackle gender-related issues. As the idea of gender is a shifting landscape, school employees need to revise and expand their knowledge on the matter continuously by:

The teacher-student relationship should reflect the school’s commitment to gender inclusion. For gender-diverse students to prosper and reach their full potential, teachers have to ensure that all students need to feel recognized and respected as unique individuals with their own identities, strengths, and qualities. Instructors can foster such a healthy school culture by:

By taking these steps, teachers provide an example to all students as to how they should treat one another, both in class and outside it.

Gender inclusion has to penetrate all school domains. One of the best ways to educate students about gender inclusion is to promote it across subjects, lesson plans, and materials. Teachers can do it by:

Gender Inclusion Inside the Classroom

To create a gender-neutral school climate, we have to minimize the gender bias that has persisted for too long in our society. Those inequalities have crept into books, mindsets, and practices both within the school environment and without.

There are still numerous examples that illustrate the disparity between the binary concepts of girl and boy alone, not to mention all the identities within the gender spectrum. In order to promote equality in the treatment of all students, regardless of their gender identity, we need to:

More often than not, the dominant voice in class is the male one. The disparity between the male and female genders is particularly stark in high school as, around that age, students seem to assume the stereotypical roles of “passive female” and “aggressive male.”  As a result, male students are more vocal and prone to interrupting teachers in class, for example.

The problem deepens further when we include gender variants under the spectrum since the gender roles in the classroom have an impact on these students’ participation in class.

To be able to steer clear from the gender-biased interaction in the classroom, teachers have to become aware of the gender differences, the biases related to them, and ways to combat issues that arise from those biases.

Regarding school material, the situation is similar to, if not the same as, participation. Male authors dominate textbooks and other written materials across disciplines. Gender balance is questioned even in learning materials as fictional characters are likely to be male, both in content and illustration.

To curb the gender-based disparity, we need to reflect on our practices and how they have contributed to this problem and what strategies to apply to minimize the impact of gender-bias.

Some of the strategies that can be effective in closing the gap between genders in class are:

Gay-Straight Alliances (GSAs) are student-led and faculty-sponsored groups that provide support and opportunity for activism to all students under the gender spectrum.

Even though GSAs first appeared in the 1980s, only recently have they started to gain in popularity across the U.S. because of the benefits they yield to gender-diverse students.

There is evidence associating the existence of GSAs in high schools with improved school climate and culture and increased academic achievement amongst LGBT+ students. Schools with GSAs have also noted reduced bullying of gender-diverse students and increased benefits for all students under the gender spectrum.

Some of the benefits that the Gay-Straight Alliance provides to all students are:

The world is not black and white — it comprises a spectrum of colors. Let the color of each high school student shine through.

Gender inclusion is of paramount importance in high school if we want it to be a healthy, innovative, and empowering learning environment for students. We have to expand our understanding of human complexities and the beauty of their differences continuously. Not only that, but it is our duty to instill that understanding into our students, the school staff, and the broader community.

Do you have an idea as to how schools can become more accepting of gender diversity?

Write your own story. Share it with us, and we will publish it on our blog.